Next the rear wheel gets the same treatment. I managed to remove almost all the spokes but I still broke 2 of them. I have resigned myself to replacing them all now. The rear rim is also completely shot and will be replaced. 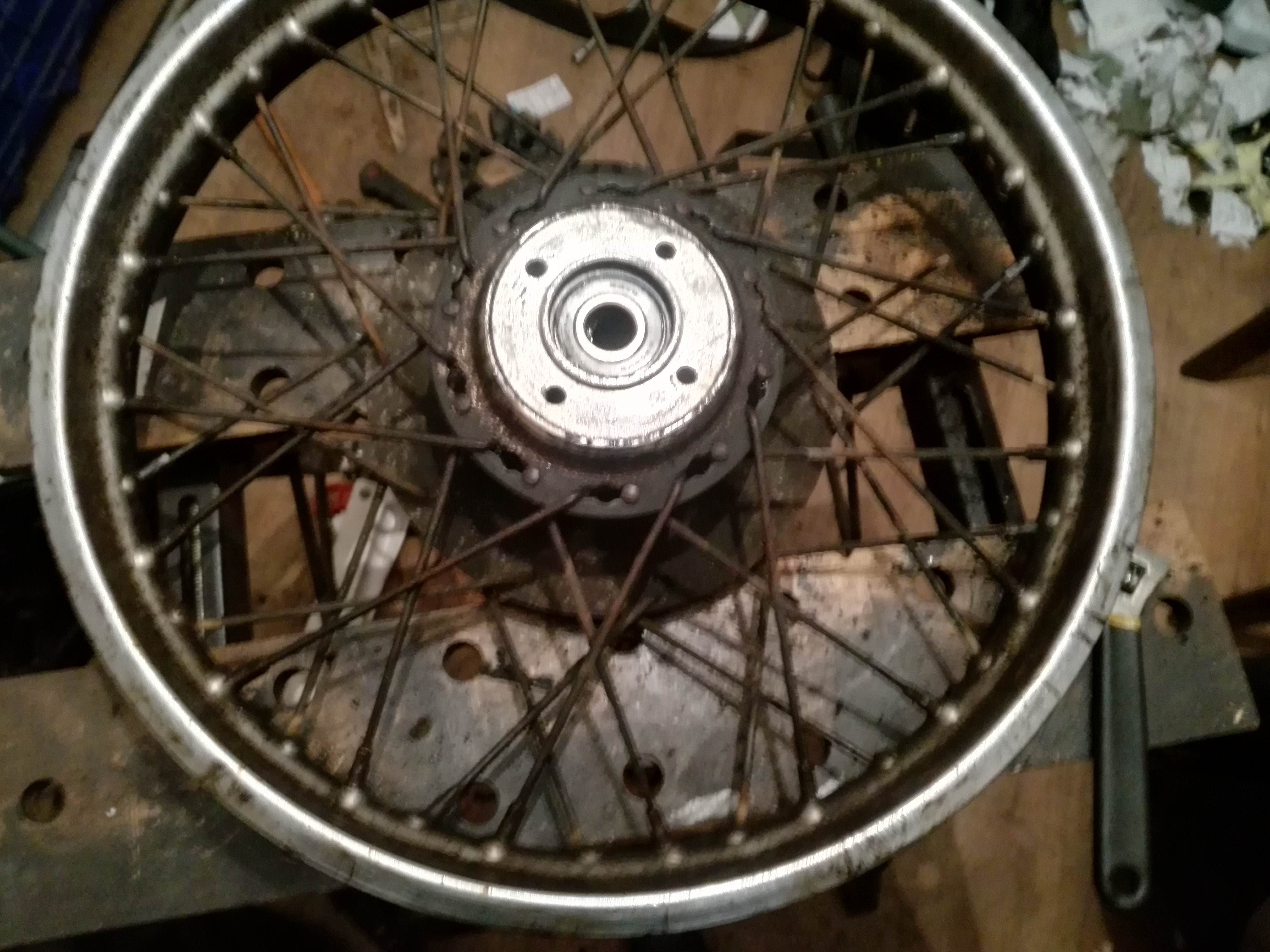 Once the spokes were removed and the hub could be inspected I found a problem. The sprocket side of the hub is cast aluminium but the disc side has an outer ring of steel that’s chrome plated. This is going to be a bugger to repair. 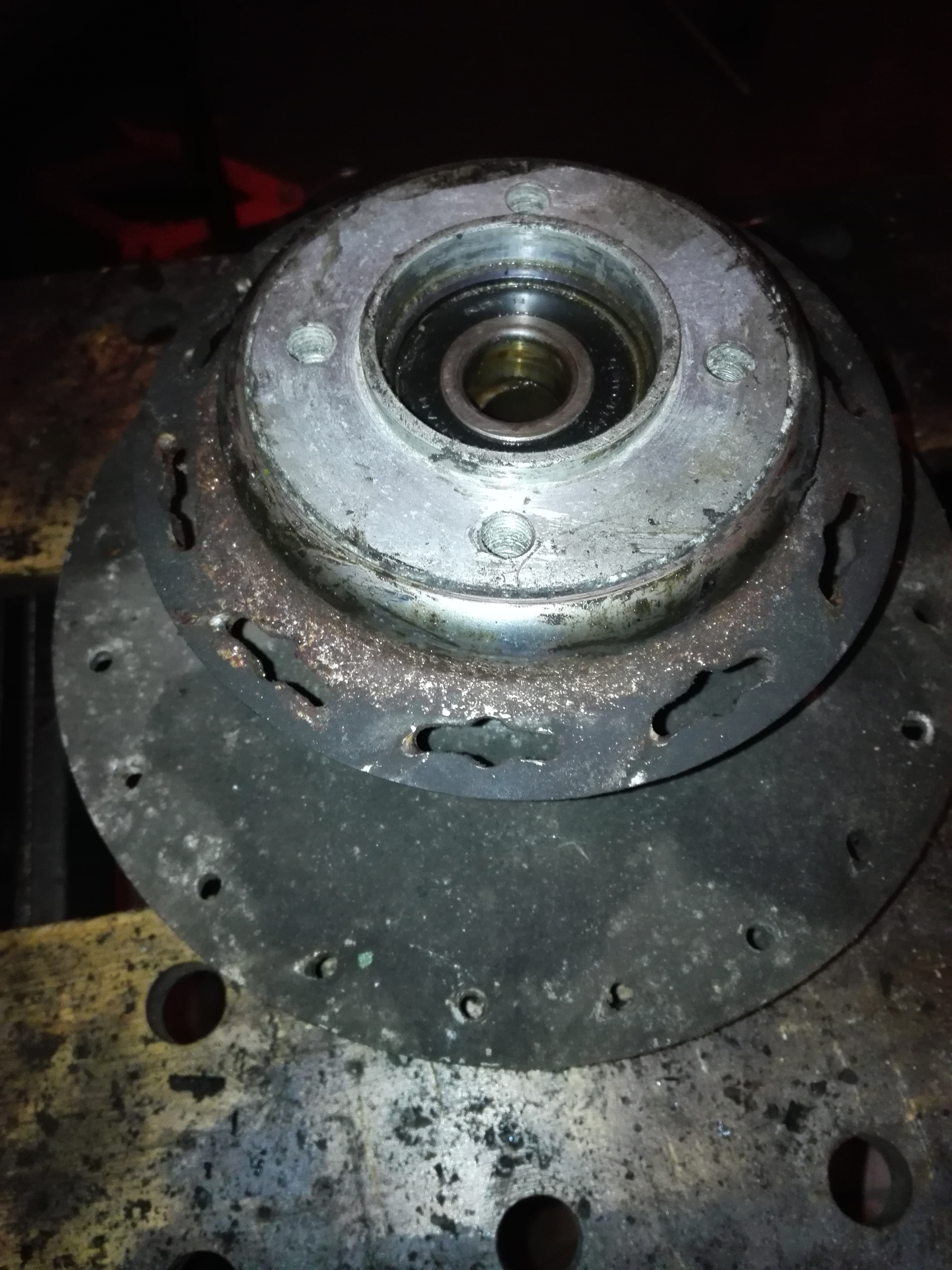 After a bit of cleaning its clear the chrome on the ring is bad. I’m going to have to strip the chrome off to paint this. I’m not sure how yet but tried a few ideas. Its obviously going to he much harder to sort out on the inside but that’s something to worry about later. 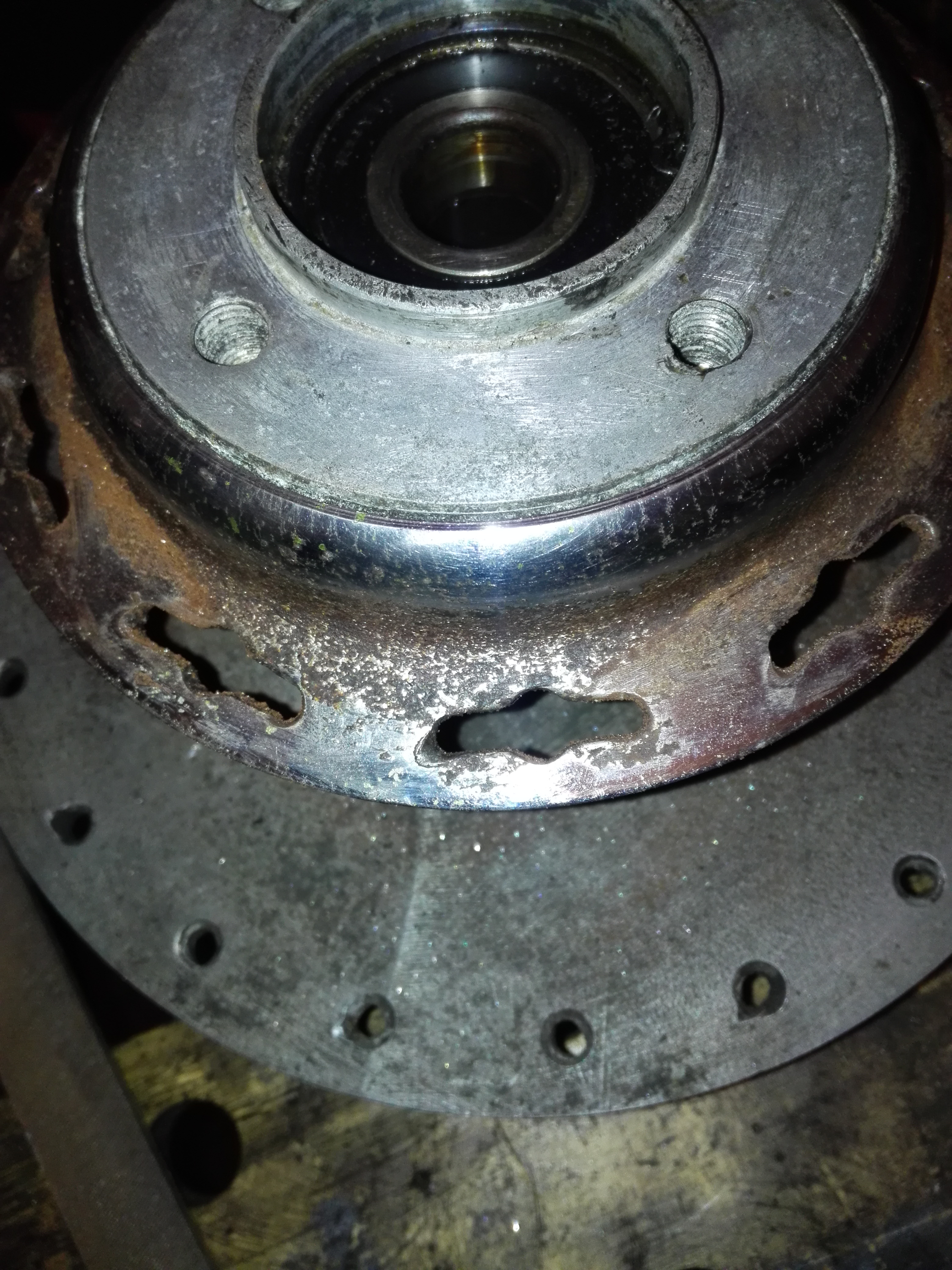 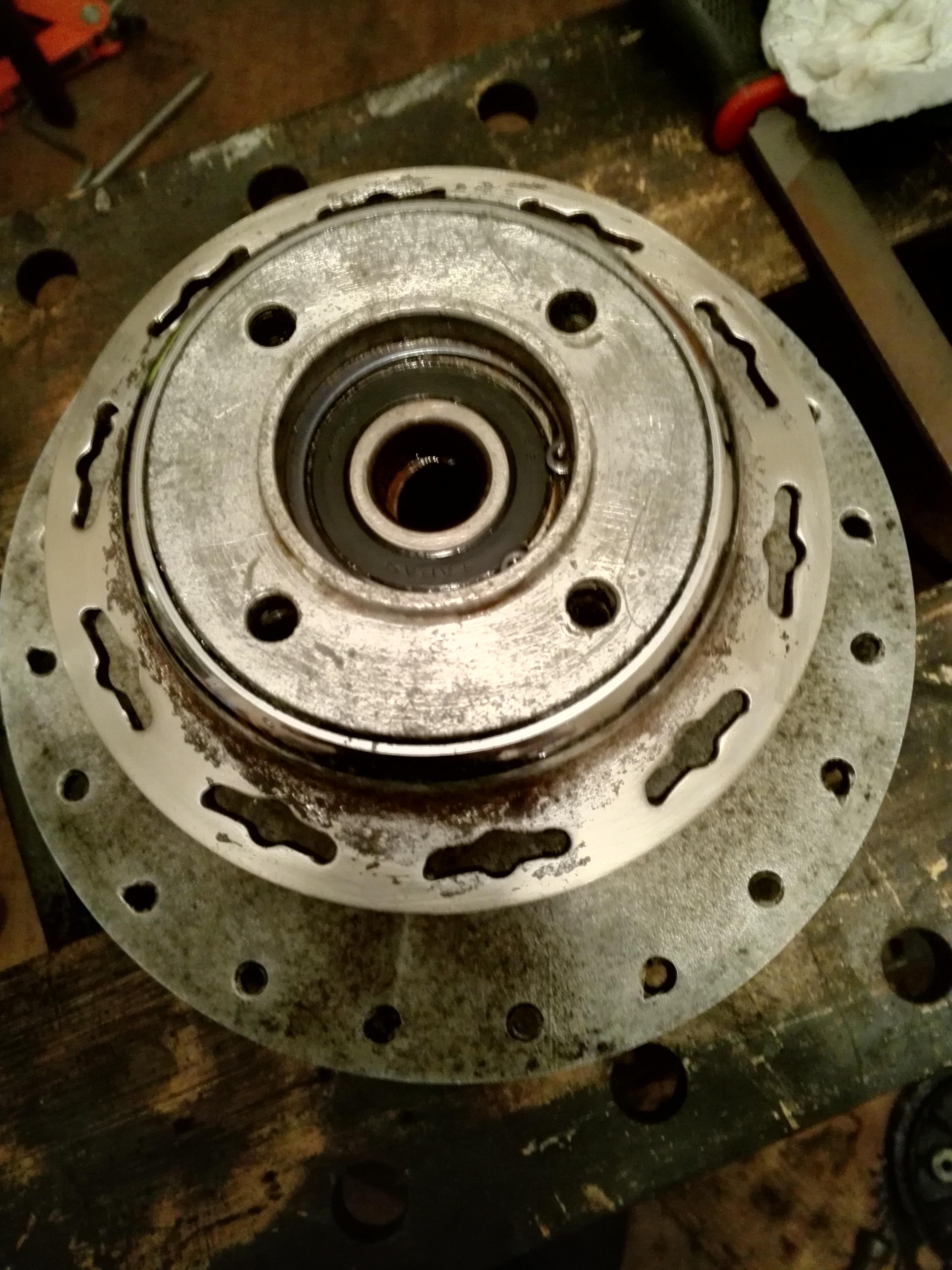 Then a stainless steel rotary wire brush to dig out the rust. This left deep craters. 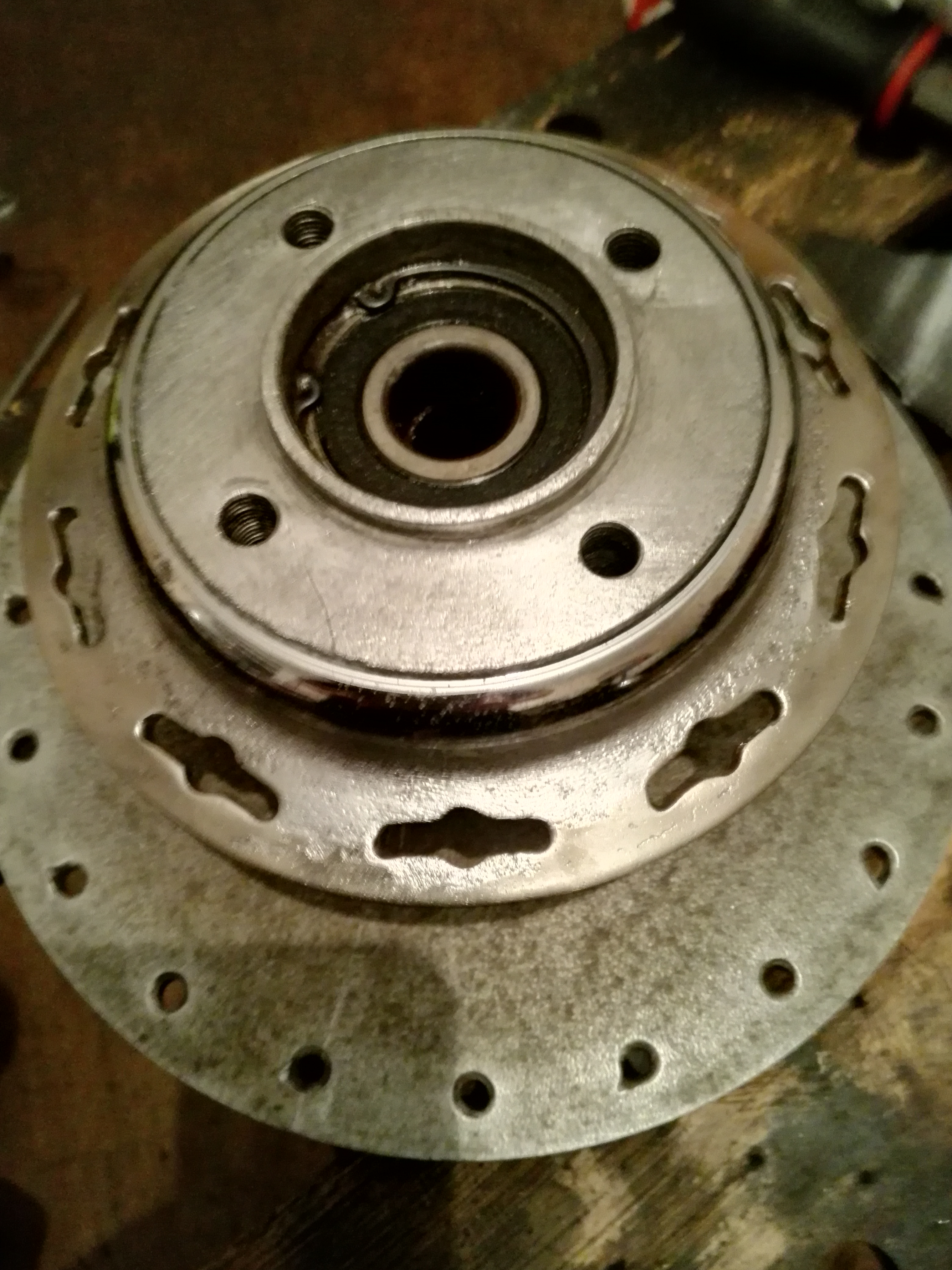 Then a flapwheel on a drill to smooth it all out. Not bad. There is still a bit of nickel left on it but most is down to the steel. I will try something similar on the inside and then the whole thing will be sandblasted before painting along with the front hub. I haven’t ordered the rims yet so there is no rush. 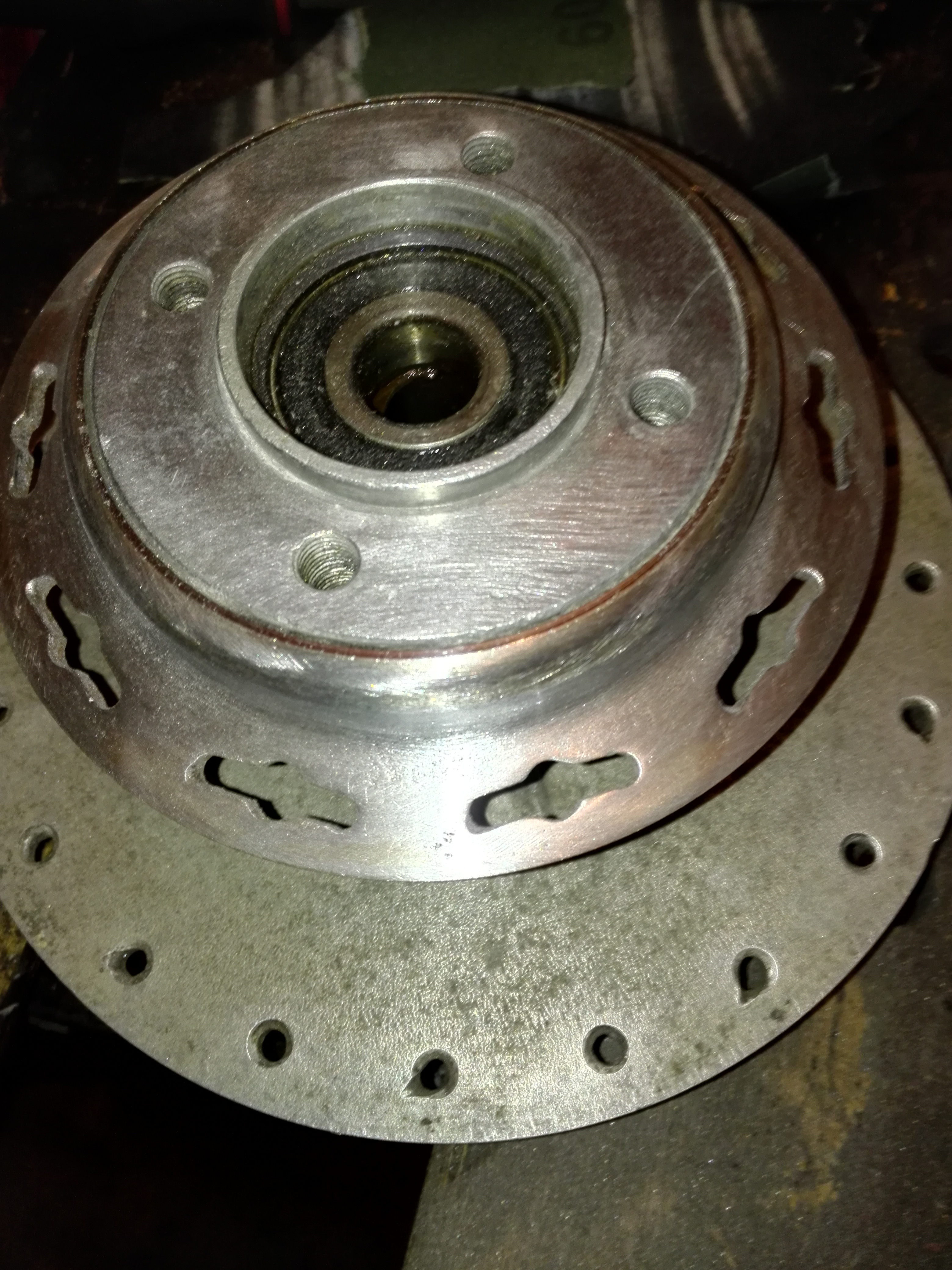