thank you for your interest in the engine tuning.

Well, let me sort some of your questions: 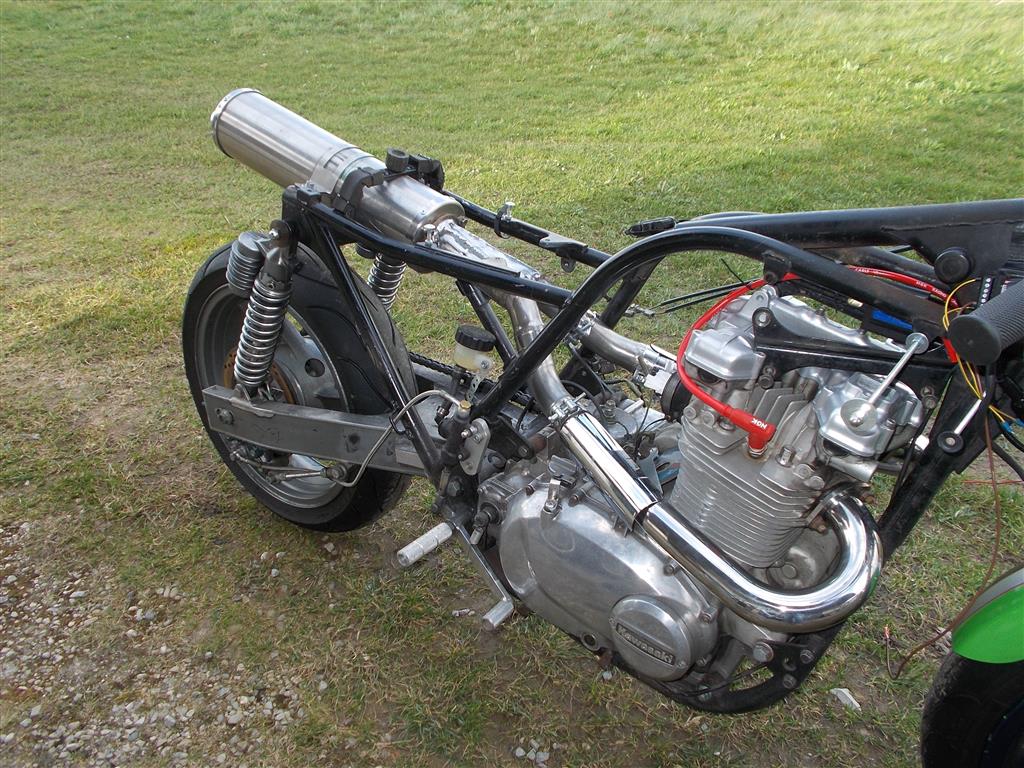 The ideal inner tube diameter is 40mm while the length of the downpipe is 66cm (incl. exhaust port depth down to the valve). The collector should have a length of approx 15cm, not just a conjunction of two downtubes. 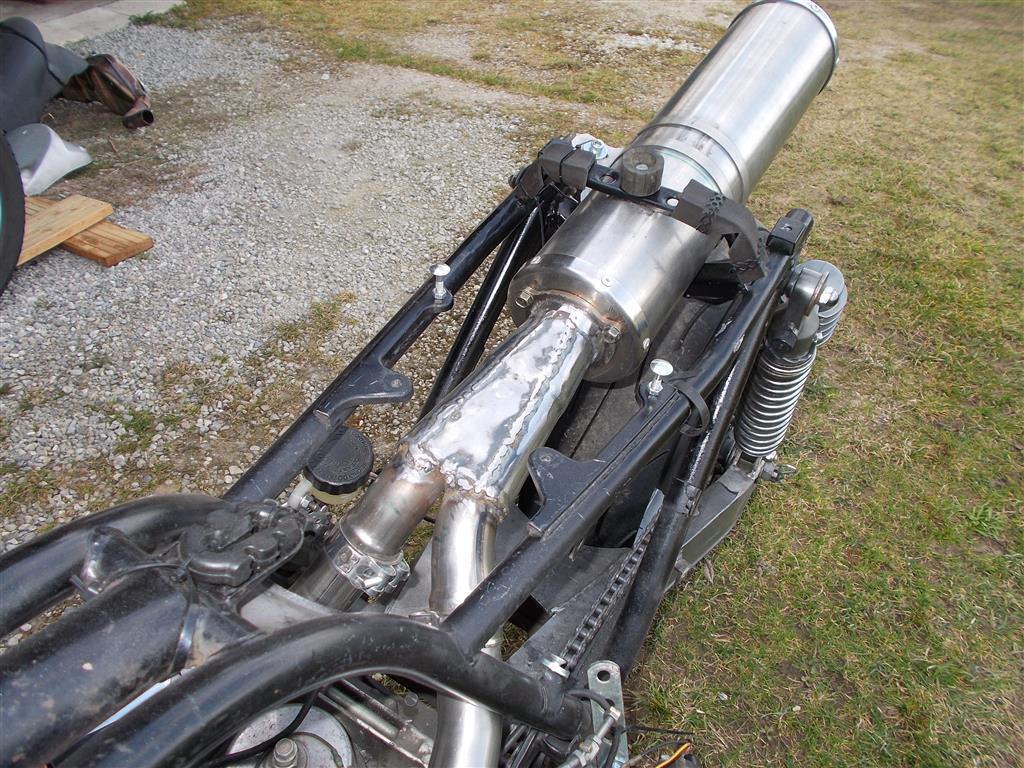 The silencer is an absorption style damper with 60mm inner diameter. I have to use a dB-Eater in it to have 96dB at about half rpm in half a meter distance of the microphone. Without the dB-Eater it is still well sounding at 98 dB, but to loud for my favourite race track.

I am using the Mikuni TM34-120 with K+N single pods, an electronic Sachse ignition (german manufacturer) with 9 preset ignition curves to select by potentiometer. Max. enhanced firing at 38° BTDC, but 36° BTDC is fine as well. Rev limiter set to 7.800 rpm.
Major change is the exhaust camshaft modified to use as intake camshaft. The engine is eager to turn with high rpms.
This still stock 750ccm engine doesn’t even has other pistons, higher compression ratio nor larger valves or ported in- or outlet ducts.
I am using still 4 liters of 20W-50 mineral engine oil. No overheating even at 35°C in summer.
Rich jet setting may add some cooling to the engine. Just added two air-guide-tubes unter the fuel tank to route fresh air to the air filters.

Ok, next engine, a 906ccm, since years on my workbench. It has the same piston and barrel set as the tuning engine I’ve shown above (sister engines). I struggle to put it together as I want to create a small series of modified balancer chain guides, but that takes it time as well. 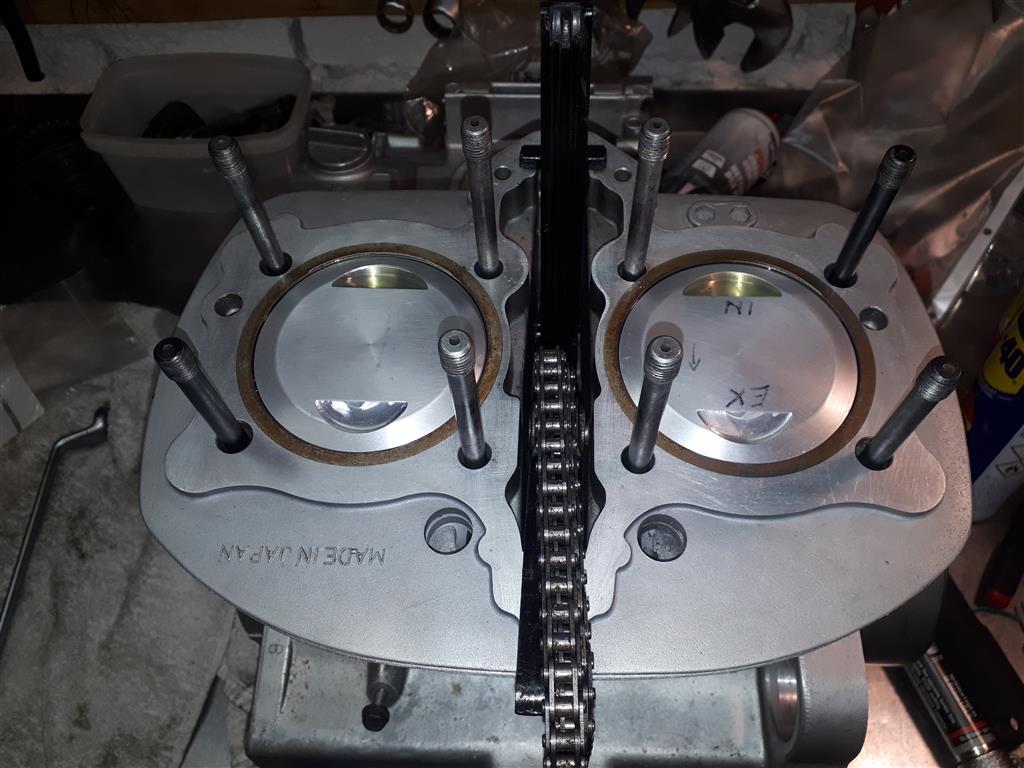 Used “play dough” (clay for children?) to determine the gap between piston, valves and head an to find where to reshape the combustion chamber: 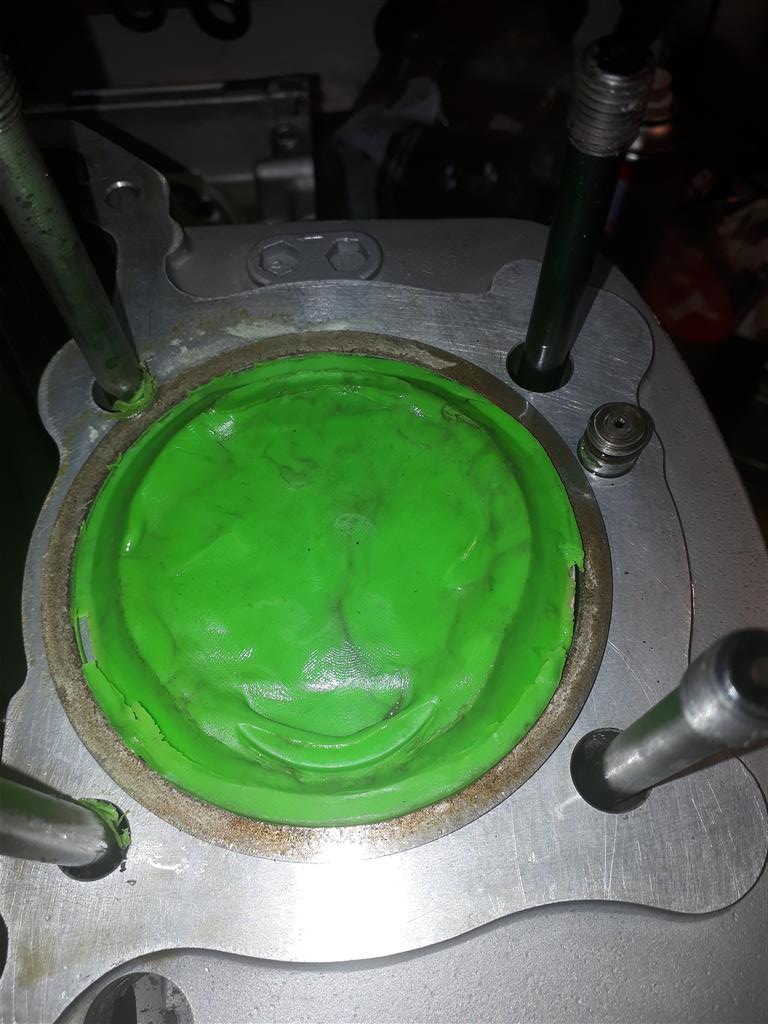 This head was ported and when the mechanic should drill a hole and thread for a second spark plug per cylinder the milling maschine cut away other essential parts and this head is dead, to bad ! 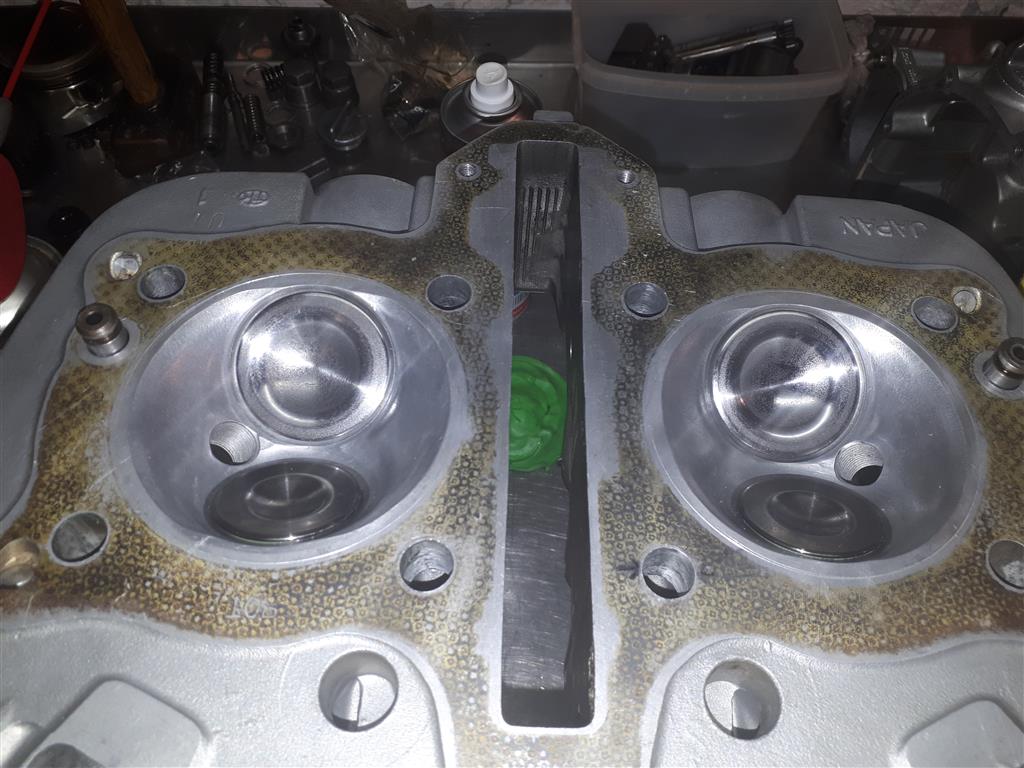 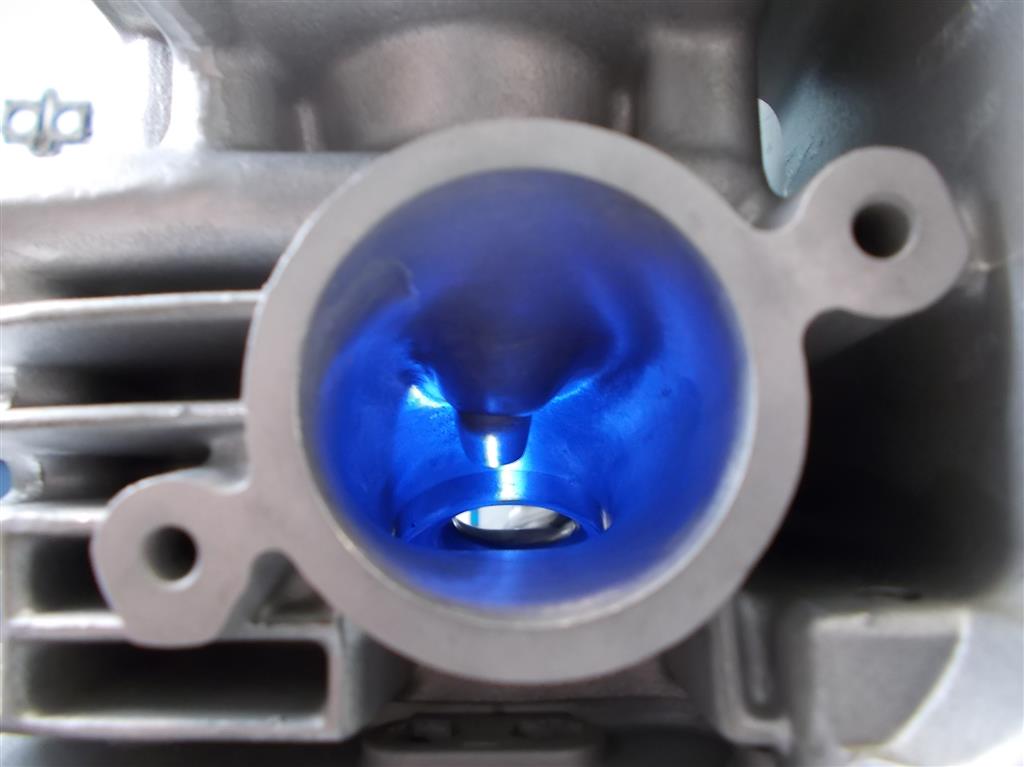 Ok, the 906ccm tuning engine that I’ve bought. Not well documented but everything is touched.
I will fit it this winter into the “Vienna” and will tell about it after first race event end of April 2020 😉 Not sure about the exhaust routing, the external oil line do not allow to use the existing exhaust as it is. Had Peter to make me new downtubes routed under the engine and I have to add a silencer, but that would distort the look of the Vienna. Better to have a distorted look and a powerful engine than other way round 😉 That’s racing !

Next tuning engine is the one that is still mounted in a Twin that I have bought recently from Manfred. 950 ccm ! A real beast, very powerful !
You can find pics and detailed information here:
https://www.z750twin.de/Manfreds_LTD.htm