I ended up sorting out two taps.But I have two tanks,so i’m hoping I can use one for each tank?

But they are two different types?

One has three outlets Two out of the back and one on a movable pivot on the side. The one on the movable pivot is capped off with a black rubber cap.

The other fuel tap has two outlets at 90 degrees to each other. I think this one is for my bike?

Here’s a photo of the two taps,Can anyone help with identifying them? 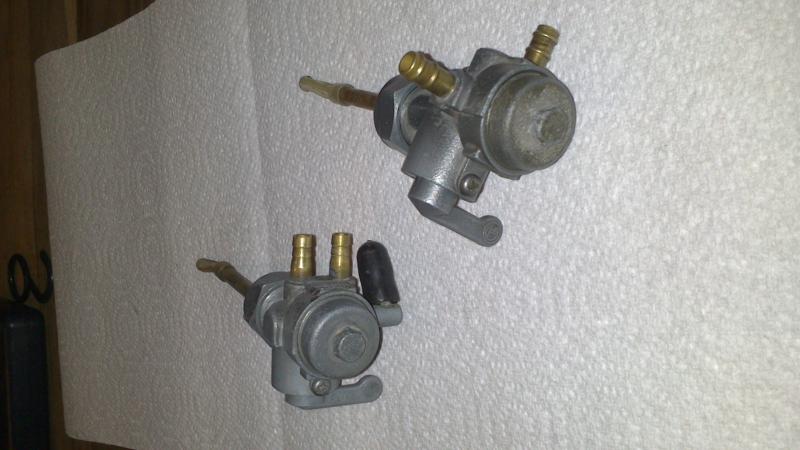