The two taps looked the same inside,in fact the body’s of the taps seemed to be the same cast used but with different outlets used or the cast left blanked off, you can see this on the photo of the two taps.
The tap with three outlets has the 90 degree port still cast blank, as is the tap with just the two outlets, The rear facing outlet only has one port used where as the tap with three outlets uses Both rear facing ports?

The tap with the three ports seems to have a longer pick up pipe for the “On” position by about 1cm.( I think this would just mean you have to turn to reserve sooner,but have more miles left in the bike whilst on reserve?)

But they are the same set up inside. 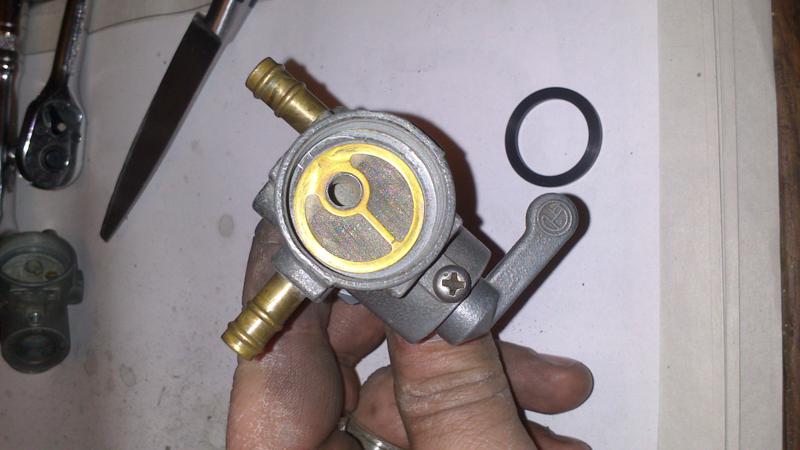