I’ve never been that keen on Ducati styling but that really does look nice and a bit of a beast. I compliment my twins with a ZRX1200R.

It is an interesting request you make there as to what you want but more so about what you want to do with it and i’m sure I can help with both.

I have a dismantled K model here, the belt drive version which originally looked like this 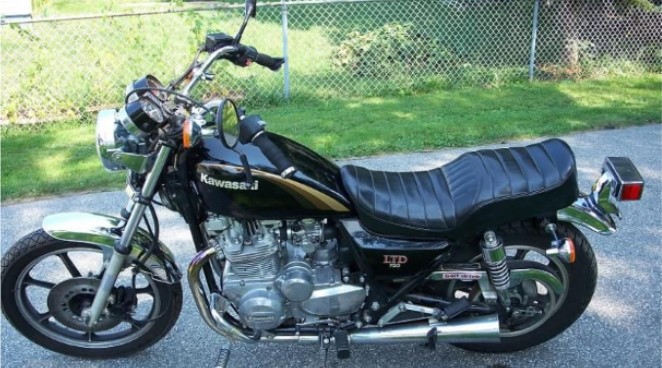 I bought it stripped down and it has waited for me to get round to it.

With regards to the tuning side of things there are several ways you can go forward but you need to be aware that these bikes did not sell in large quantities so the aftermarket guys tended to ignore them. Most mods tend to be the owners imagination.

Carbs: I have 2 manifolds here for single carb conversions. One is for an SU carb which I also have and the other is for a twin choke webber. I have not fitted either so cannot tell you how they affect performance. GPZ500 carbs go straight on the 750 twins as I believe XS650 carbs do so if your aware of any upgrades done to these then they should be a comparatively easy job.

Big Bore: Some members have done bored their engines out. The maximum ‘standard’ you can achieve appears to be 865cc. You cannot buy a kit that I am aware of and you will have to have the required parts made. Bigger has been done but that requires machining of the crankcases and new liners being made on top of the other parts. Bigger bores have been achieved in Germany where one of our members who races one of his twins has achieved around 930cc. I also believe that one of the Germans has done over 1000cc. My understanding is that it ran but other compensating engineering hadn’t been considered.

Torque: One of the main characteristics of the twins their torque. If you haven’t ridden one before I think you will be pleasantly surprised on what they can do. At around 54hp it does sound a little sluggish but don’t forget that is 27hp each cylinder which is more than the z900. Surprisingly up to 70 mph the stats show little difference. Big changes in this area can be achieved by simply altering the drive chain sprocket ratios.