The early models of the Z750 (B1&B2) were fitted with a 3 phase dynamo rated at 110W. Later models (B3 onwards) had a single phase 130W alternator which gave rise to the most obvious electrical difference between the models.
The B1 & B2 have 3 external screws holding the stator to the casing whereas the B3 and later have a plain LH engine cover with the armature being fastened on the inside .
Due to the different charging circuits and available technology the B1 & B2 have separate regulator and rectifier whereas the B3 onwards has a more recognised combined finned unit. The diagrams shown display extracts from the B range. The later diagram (B3/B4) should comply with the later models.

NOTE; It is now possible to fit a combined regulator/rectifier unit to the B1&B2. These are available from the usual sources (Ebay, M&P etc) but be careful. Ensure it has the correct rating and wiring for you to just plug and play. 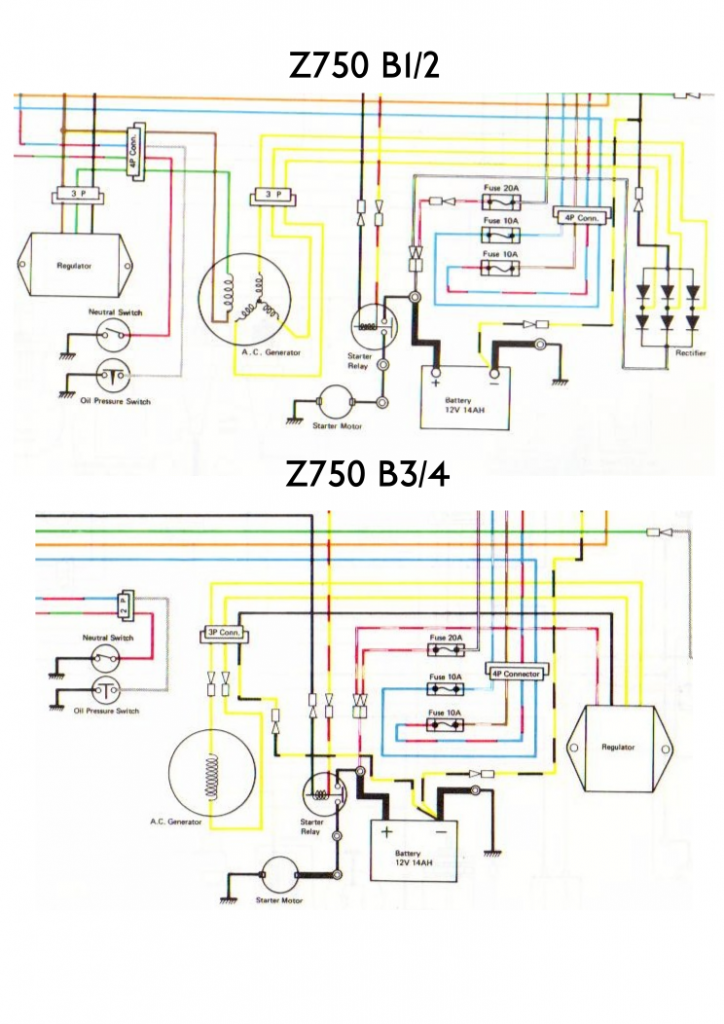