Next up is the sprocket and carrier. 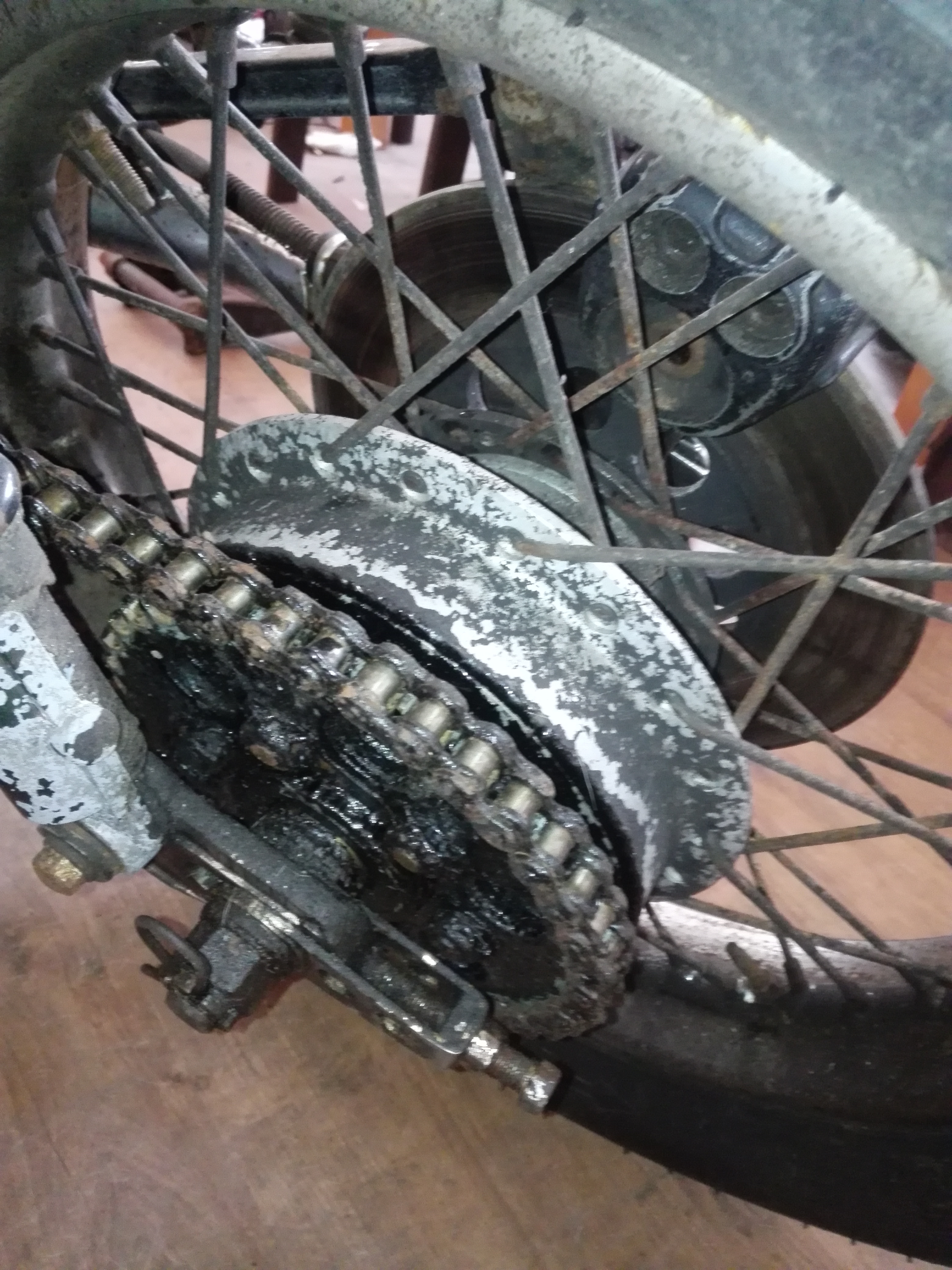 The sprocket looked like it would still be ok but would need a lot of cleaning. There was a lot of rock-hard chain lube on everything. This stuff had to be chipped off with a blade. 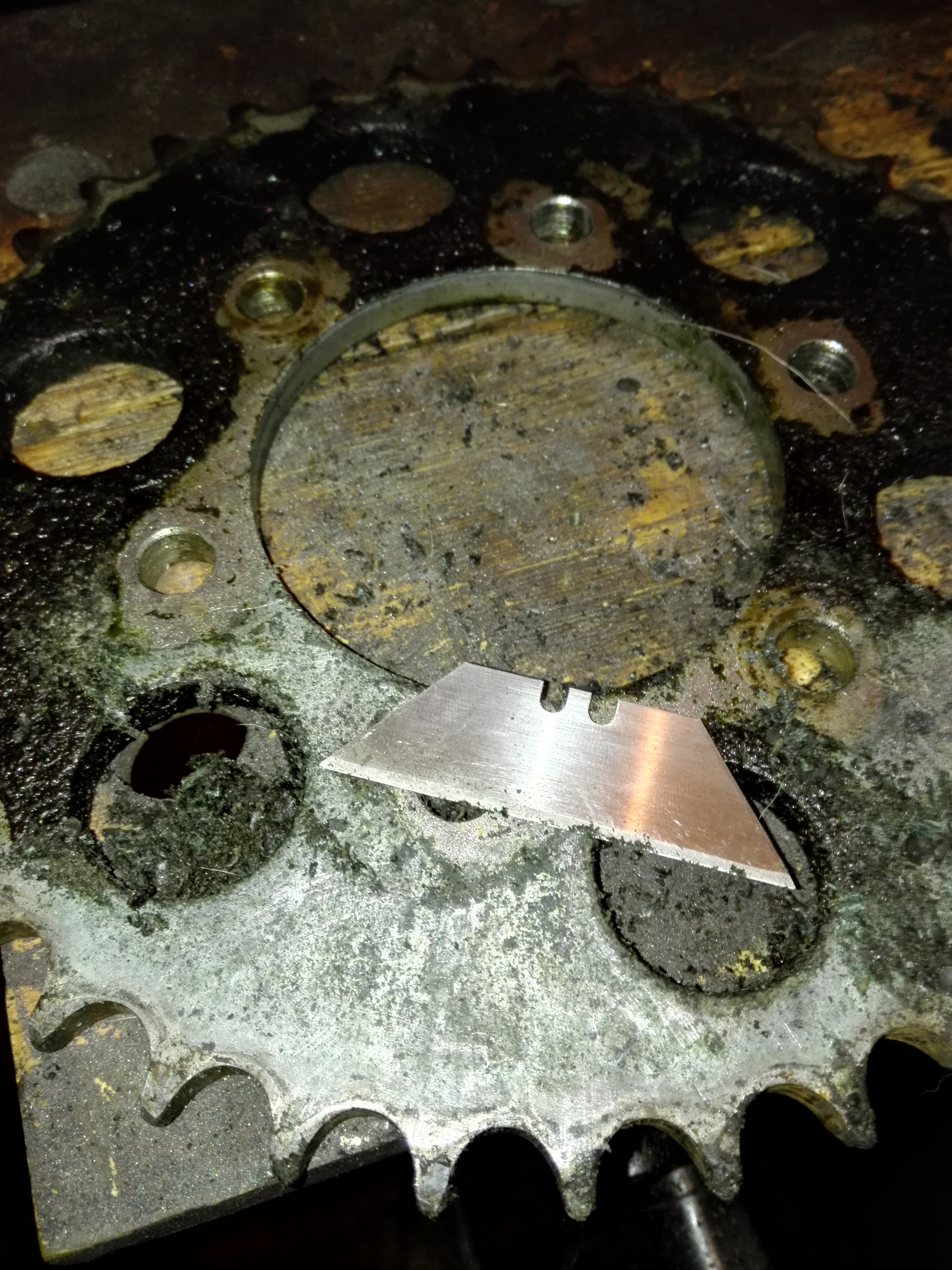 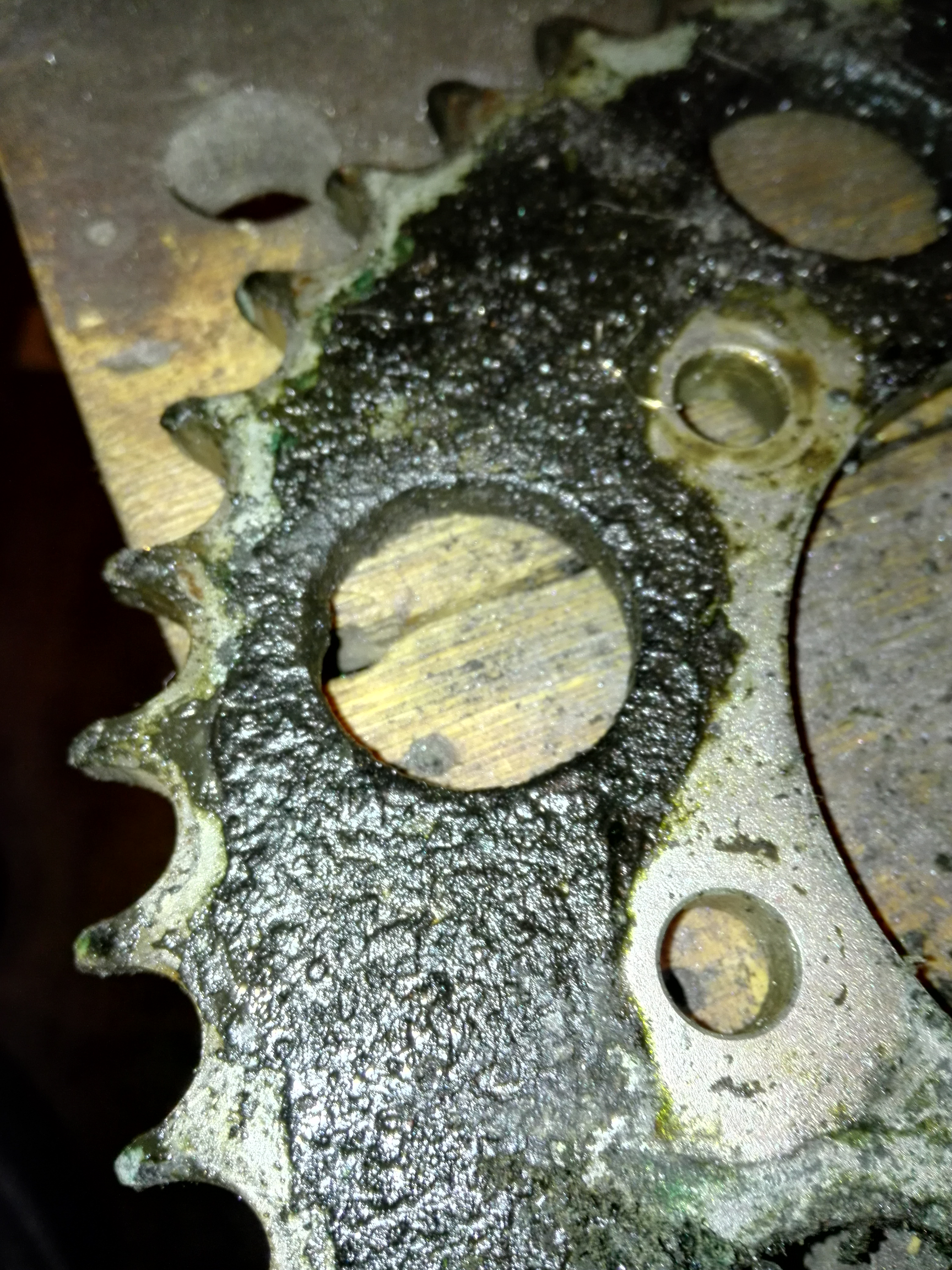 Lots of chipping later and its ready for wire brushing 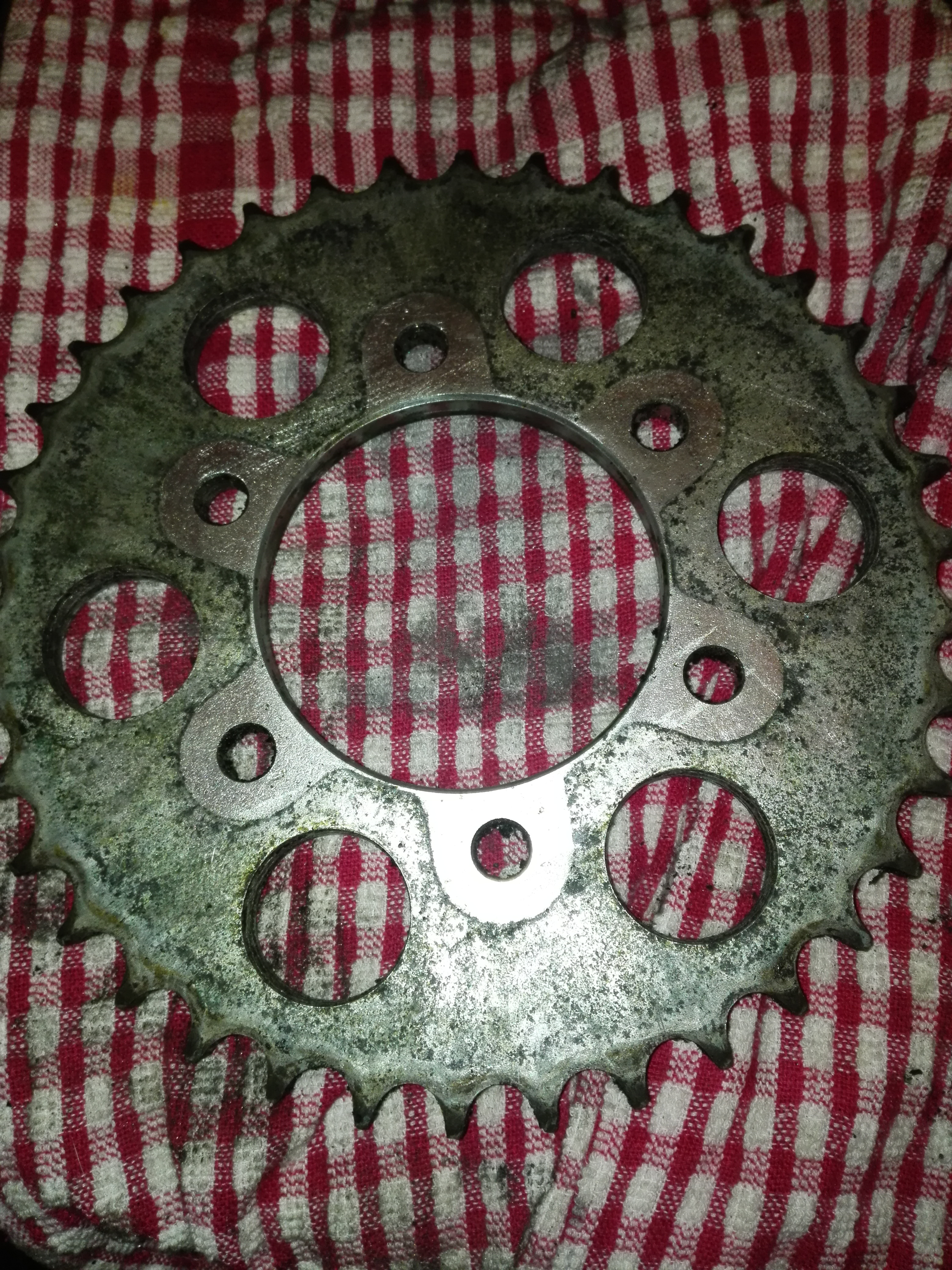 I started the wire brushing on the teeth to check the condition. Hardly worn at all. This sprocket should still be good. 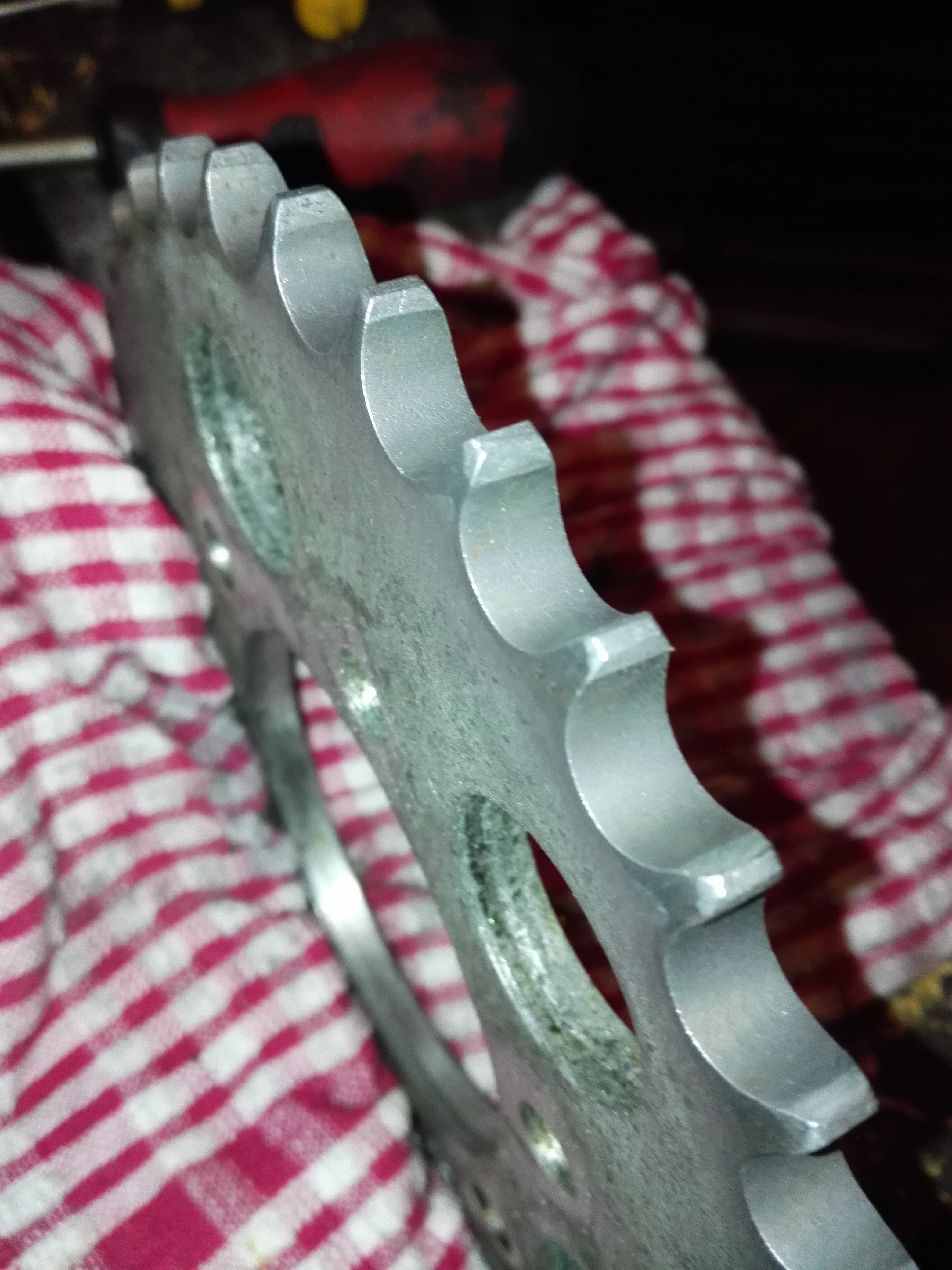 After a lot of wire brushing its all clean. I had planned to plate it but it wont fit in the tank so I will paint it instead. 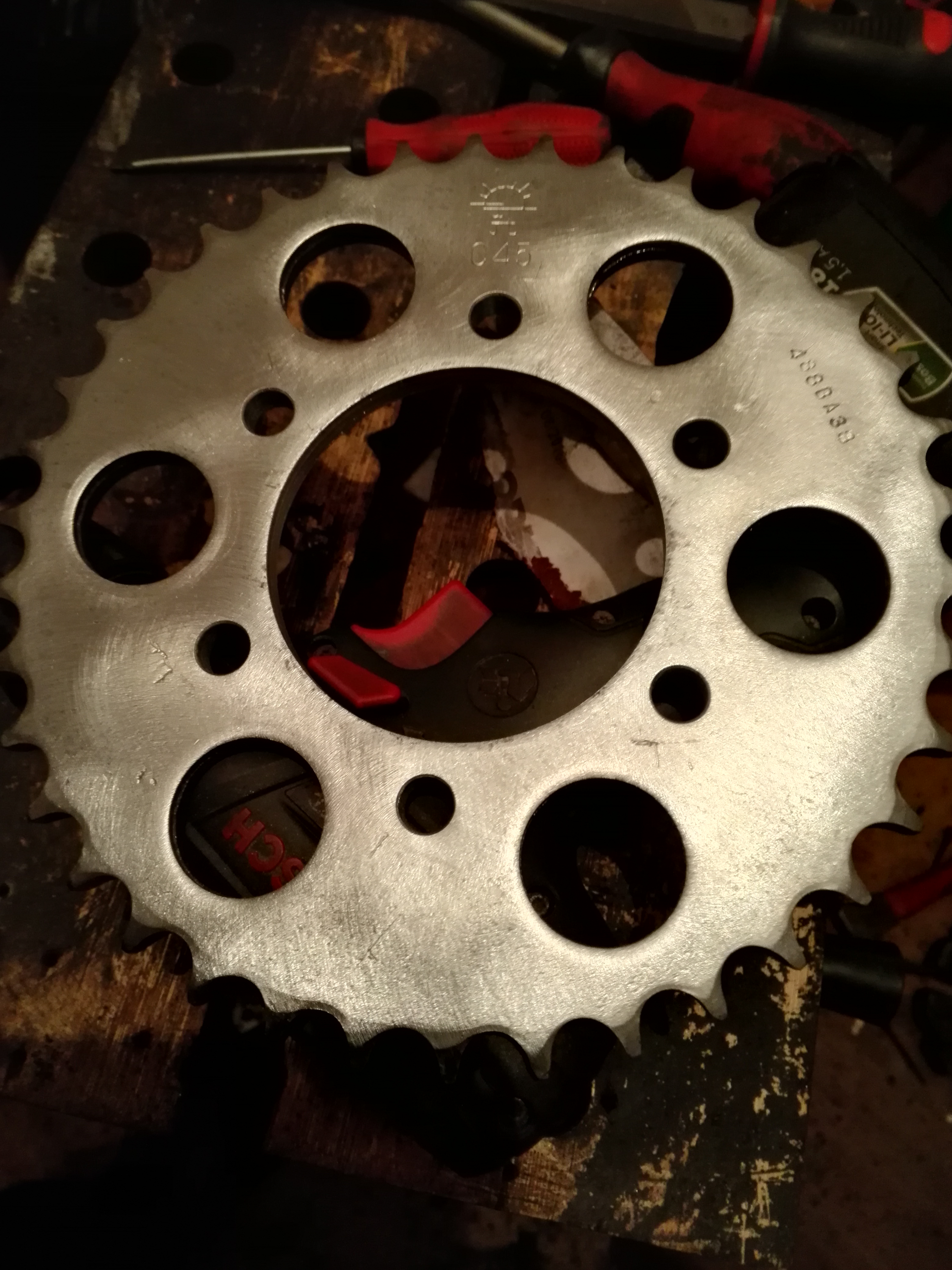 All painted, fresh from the oven and looking spiffy 🙂 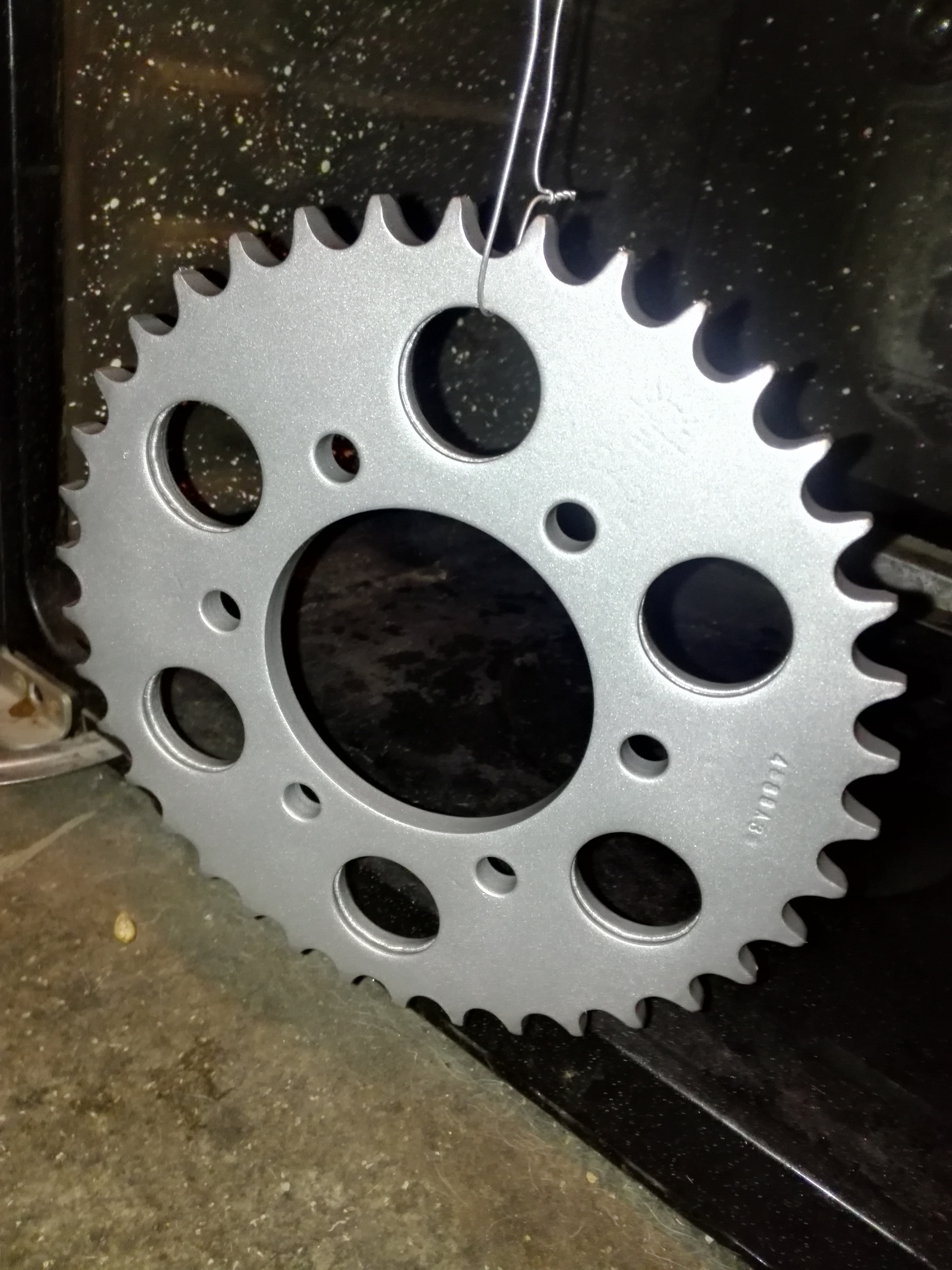 Now to tackle the sprocket carrier. 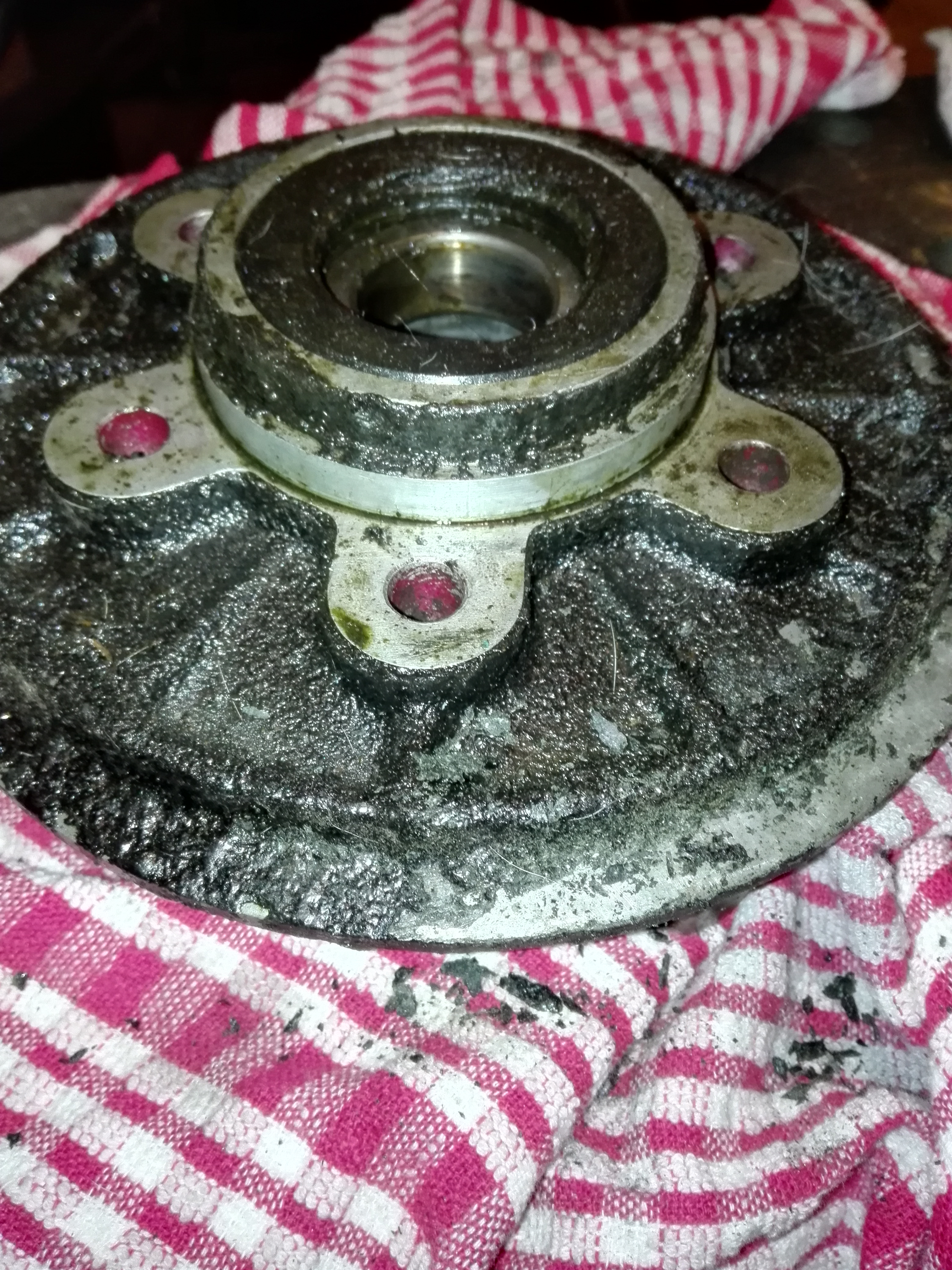 I treated it to the same scraping and chipping as the sprocket. 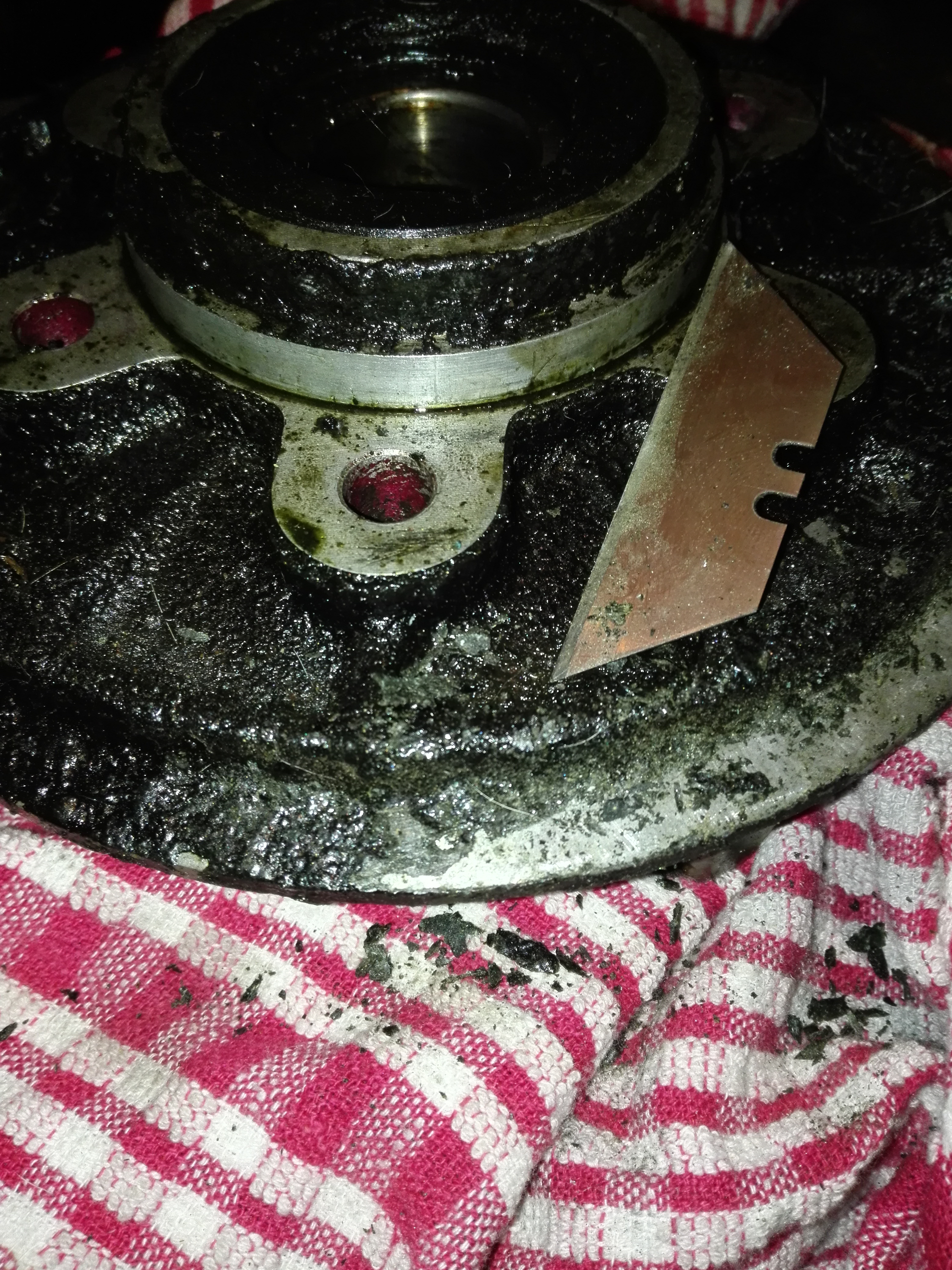 That’s the easy part done. The only way I could shift the stuff in all the recesses was with a small screwdriver and a lot of patience. 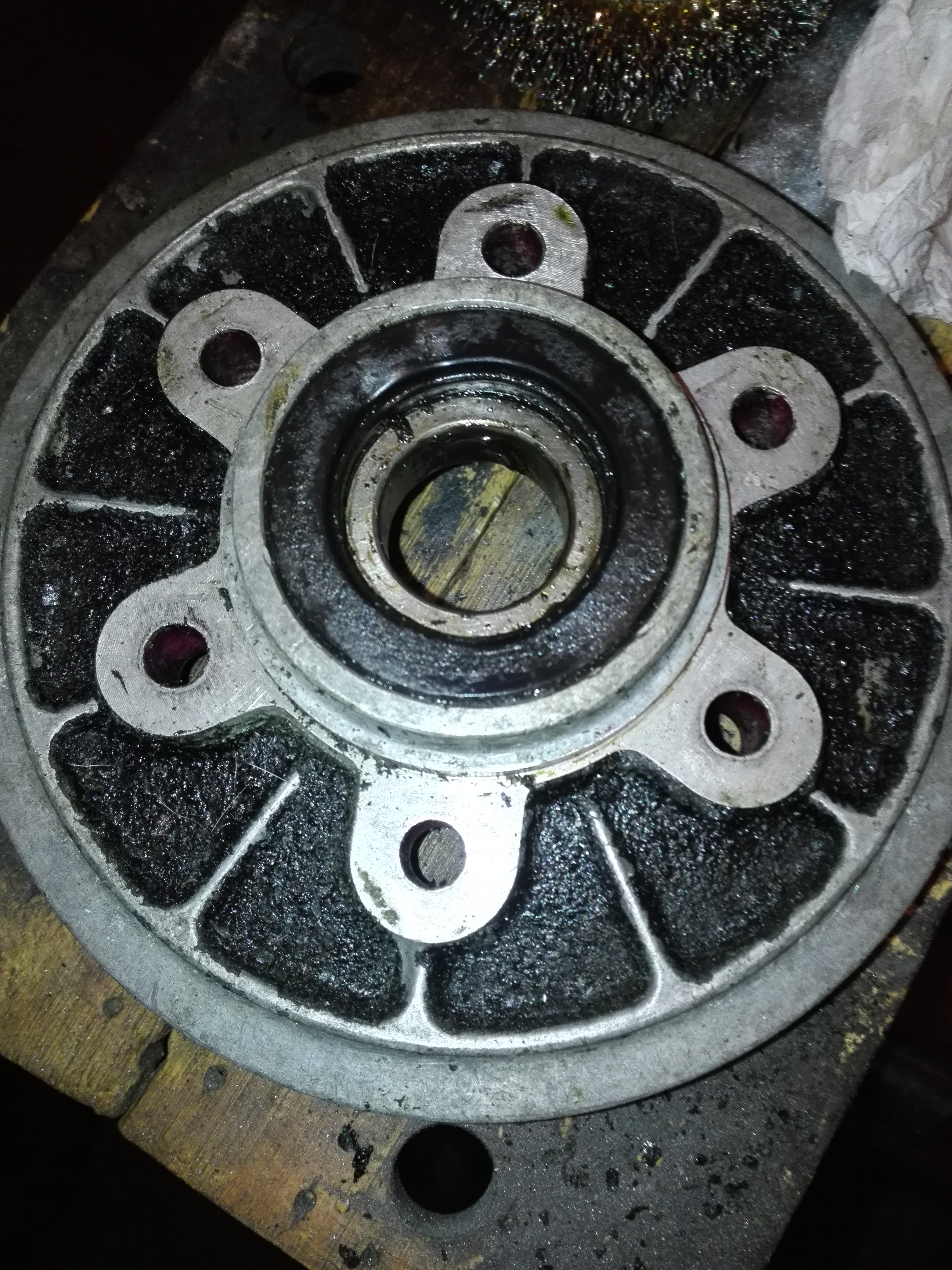 It took ages to get it like this. I followed up with some steel wool and scotch brite. There is still too much oxide to paint this so I decided to just wire brush instead. 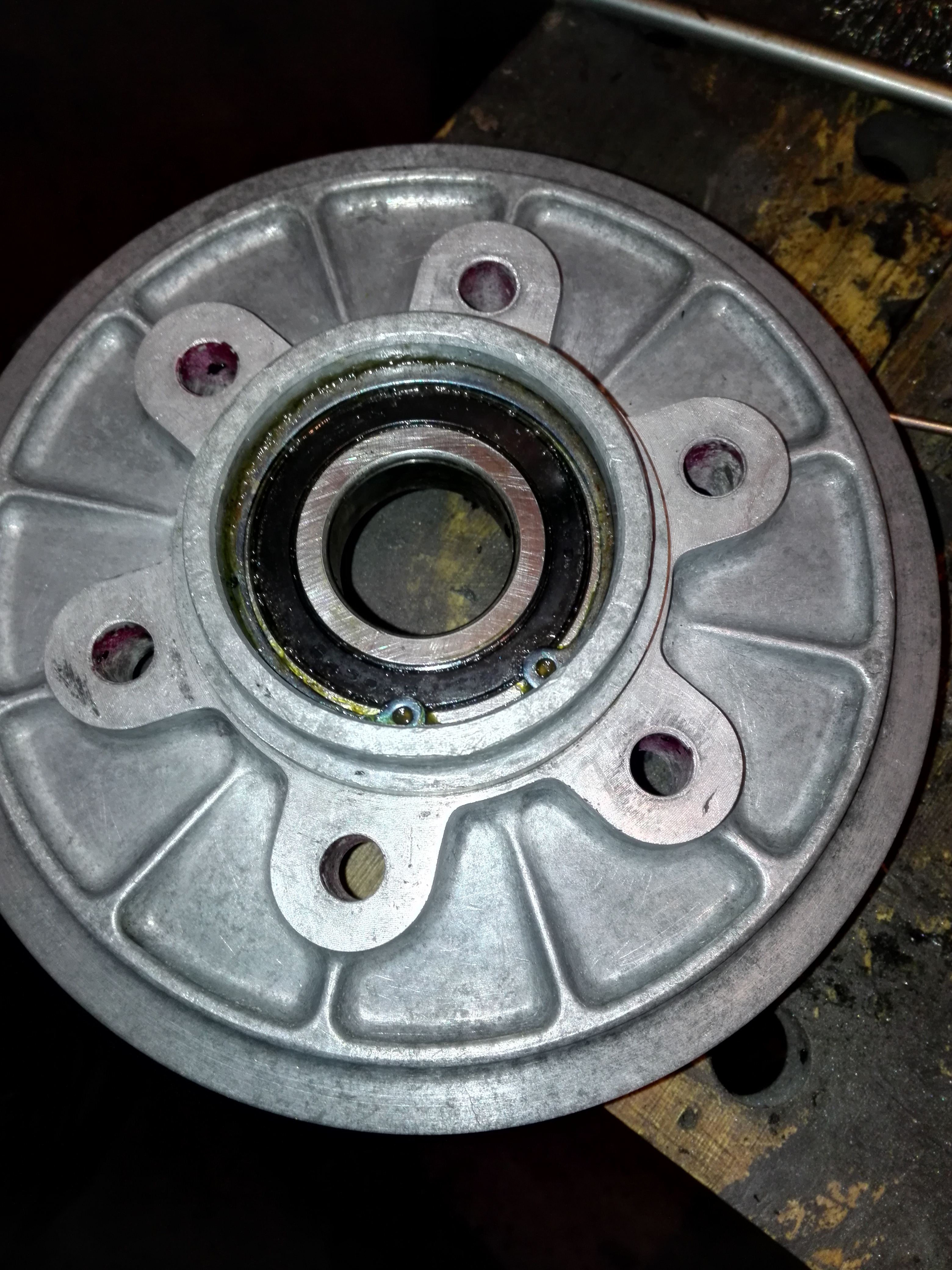 After wire brushing its ready for paint. I also did a bit of sanding to the outer rim. The scratches aren’t too deep for paint to fill. 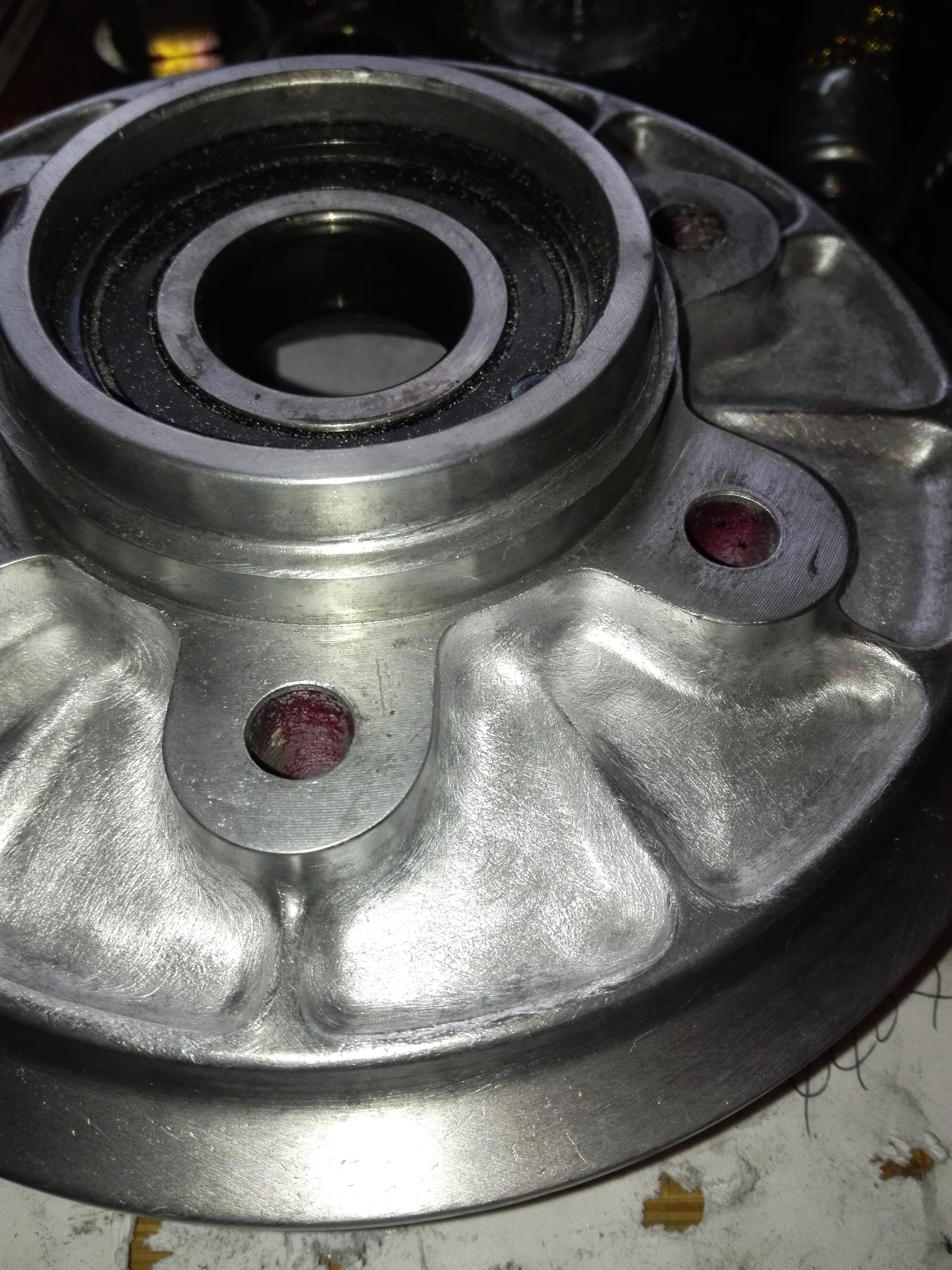 Masked and ready. I masked up the whole area above the sprocket and I plan to just polish that part after painting. 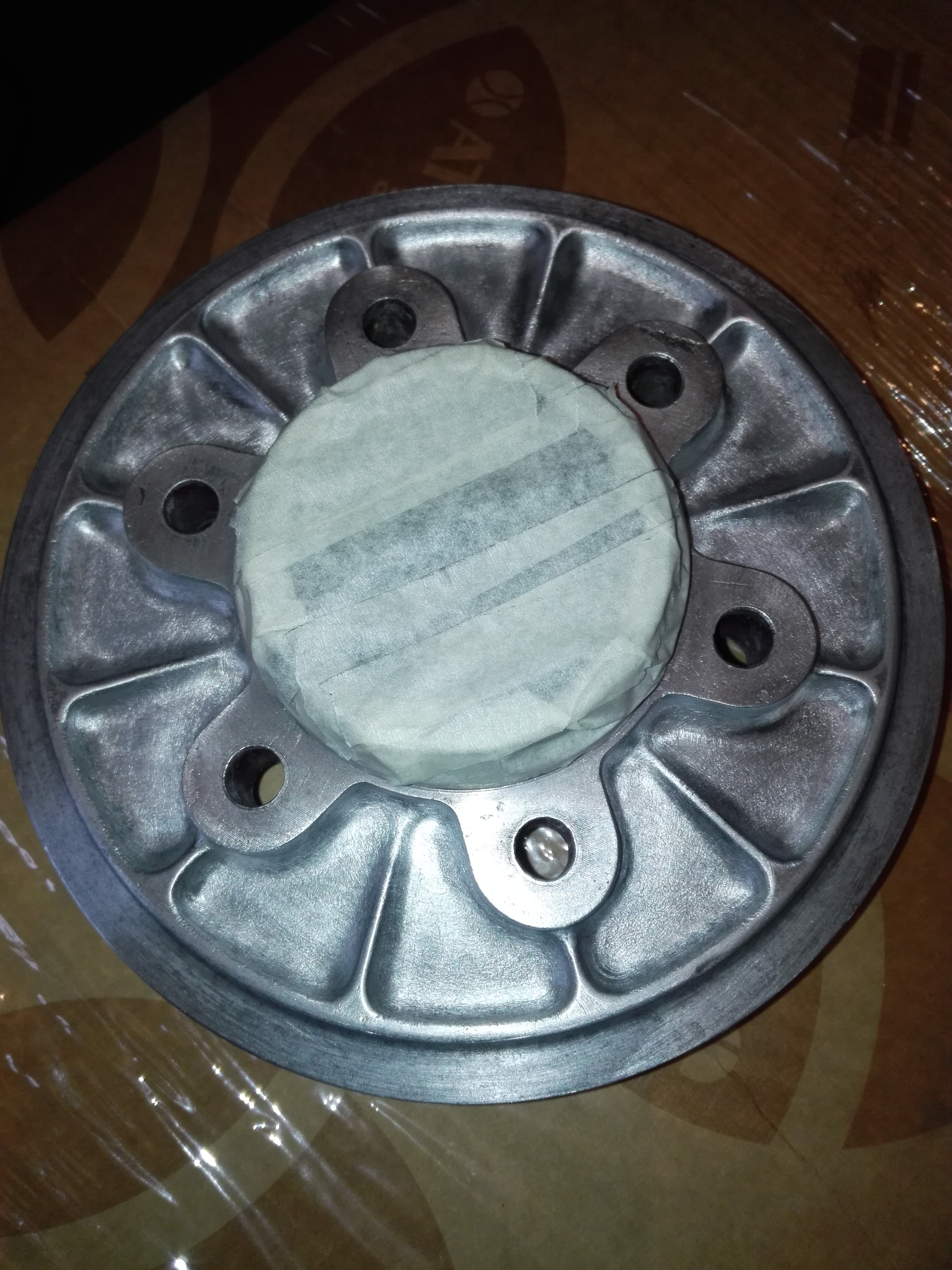 After a couple of coats of paint

And with the masking removed. Look pretty good I think. 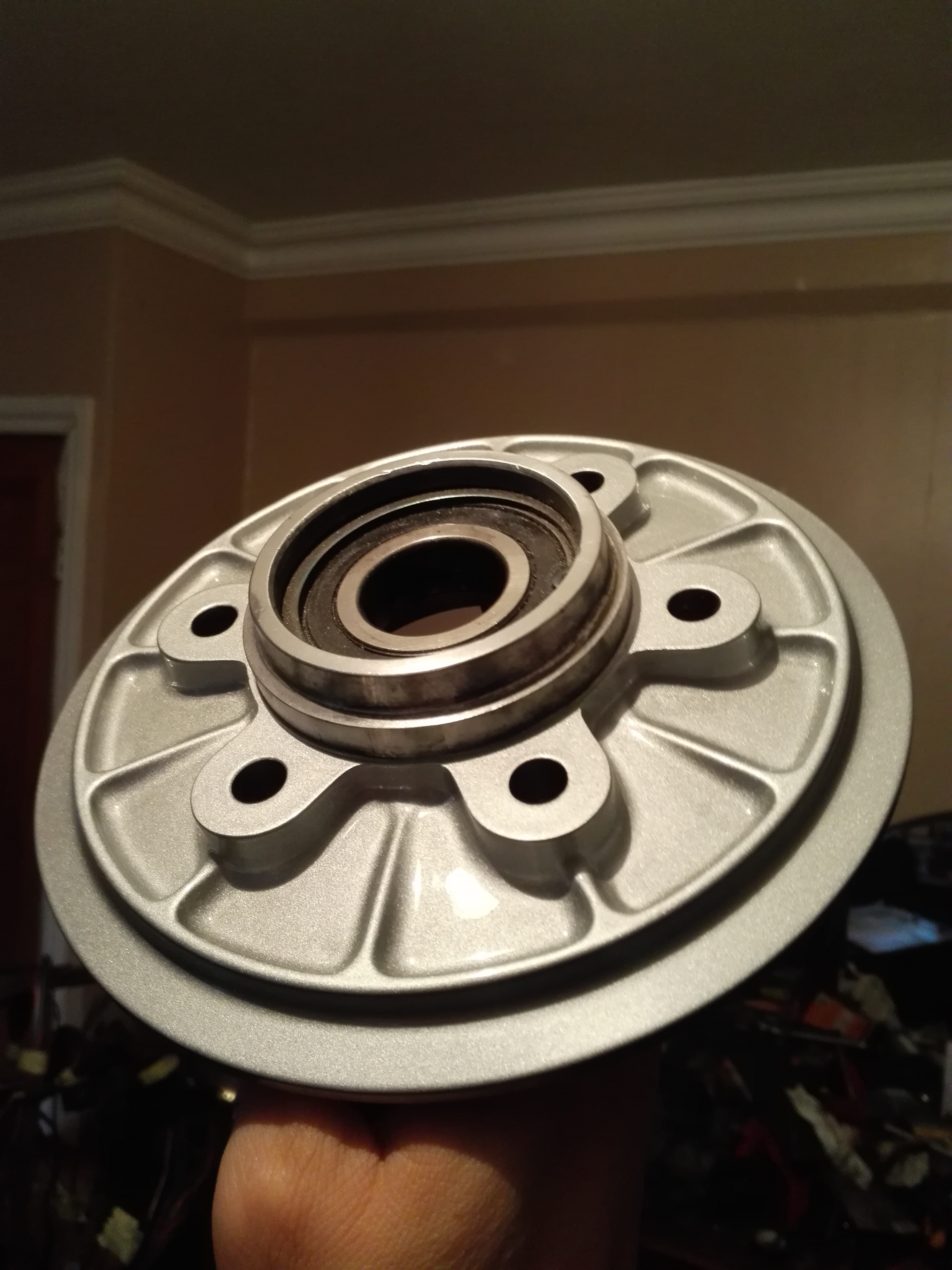