Finally got this sorted, what a mission. Understanding the actual construction of the swing arm bearings obviously helped. I tried driving the inner steel sleeve in one direction but cast bush at that end just moved with the sleeve after shearing off the bush flange and threatened to disappear in to the swing arm. Then tried driving the sleeve from the other side, that bush flange also broke but the bush stayed put as sleeve and other bush finally emerged from the swing arm. This took some serious hammering! The binding between sleeve and bushes is surprising as it looks like the sleeve is steel and the bushes look like cast iron. Maybe water has got in at some stage as I had had to drive the swing arm bolt (rusty and white corrosion) out to initially remove the swing arm.  WARNING, keep those swing arm bushes (needle bearings from ’78 I think) greased! 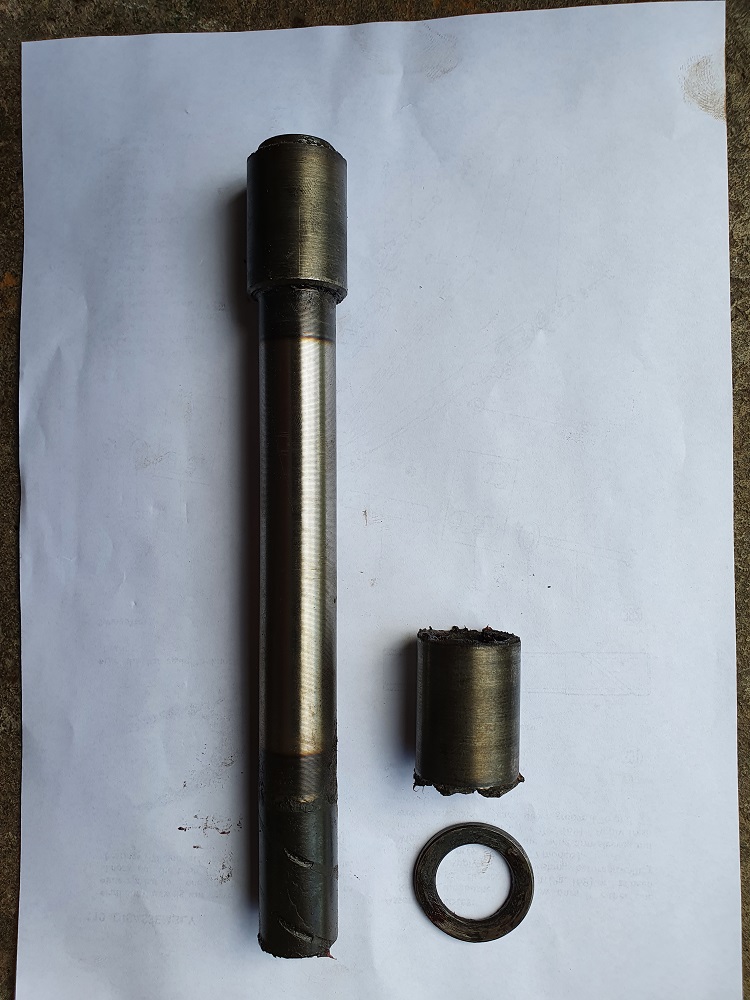