I know it’s way too late now, but I’d like to add my tuppence worth.

Braai was the first person I met to do with the Lonesome, via an ebay email, coz we were both hoovering up odd bits of Z750. He was a proper collector, he just had this hobby of buying bits for old bikes, the 750 and the Bantam. It’s a very British thing to do, and being Yorkshire if it wasn’t the bikes it would probably have been whippets and pigeons

The only time we met, at Whitby, I didn’t realise that his interest was so different from mine and got kind of cross with him. It passed quickly, but by the time I wanted to apologise he’d #OOPS#ed off home, so I never got the chance and I’m sure the bad impression stayed with him ever since. Whatever, whenver I had the odd spat with the other inmates of the group, it was Braii who was the peacemaker.

So I’d just like to take the chance to set it straight in public as far as I can, and if you’re reading this mate – Cheers 😎 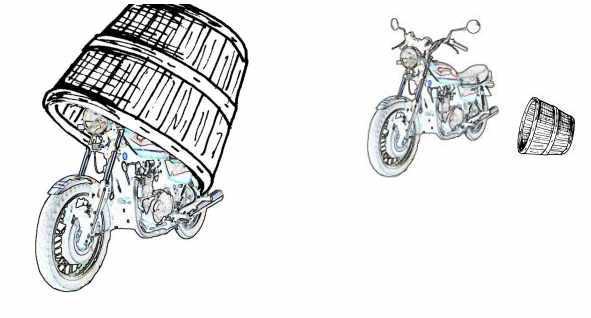